Marleen Sleeuwits is inspired by impersonal environments, places that could be anywhere and nowhere, such as vacant zones in airports, unoccupied corridors of hotels, and empty rooms in office buildings. Her process involves stripping the rooms down to their individual components, laying bare the layers found beneath the surfaces. She then reassembles the room using materials found on-site, such as fluorescent tubes, paper towels, laminate, and tape, by adapting techniques of sculpture, painting and drawing. Experimenting with the variability of the commonplace substances she finds, Sleeuwits creates contradictions of spatial orientation, and then photographs the end results.

Marleen Sleeuwits graduated from the Royal Academy of Fine Arts in The Hague and continued her studies at the Masters Photography of AKV | St.Joost in Breda, which she completed in 2005.  Her work has been exhibited in the Netherlands in places like The Dutch Photo Museum (Rotterdam), Museum De Fundatie (Zwolle), Museum Het Valkhof (Nijmegen), W139 (Amsterdam) and Nest (The Hague). Internationally, her work has been presented in cities like Jeonju, Los Angeles, Denver, Belo Horizonte, Brno and Berlin. Her work is included in collections such as Collection De Groen, Museum Boijmans van Beuningen, KPMG, Akzo Nobel, Ministry of Foreign Affairs and various private collections. 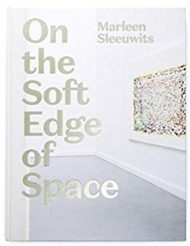 On The Soft Edge of Space
Marleen Sleeuwits