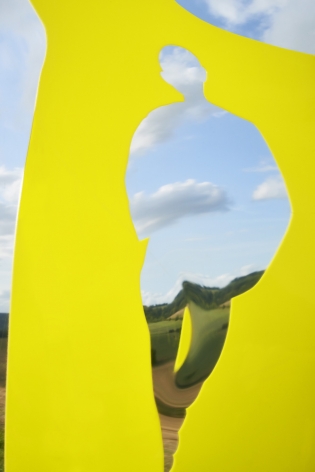 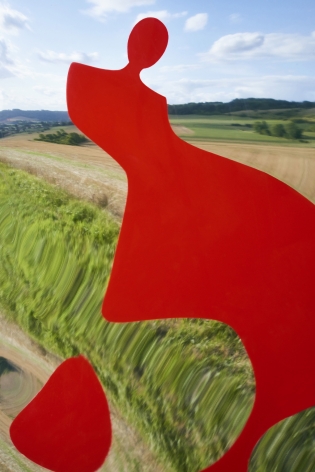 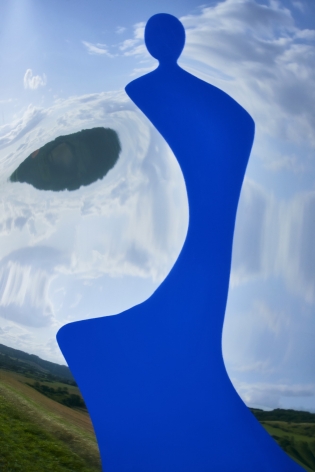 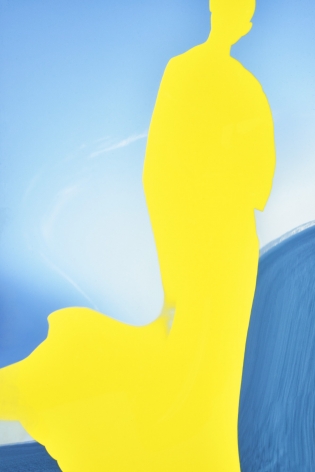 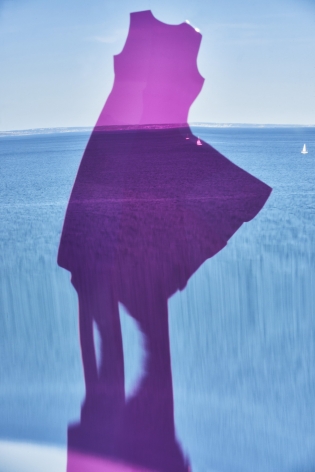 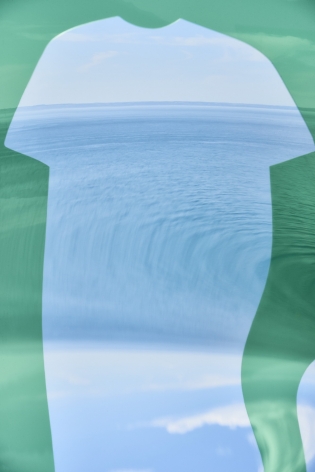 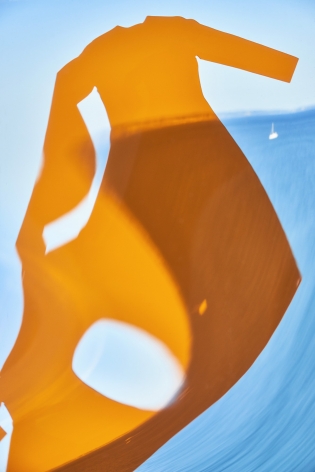 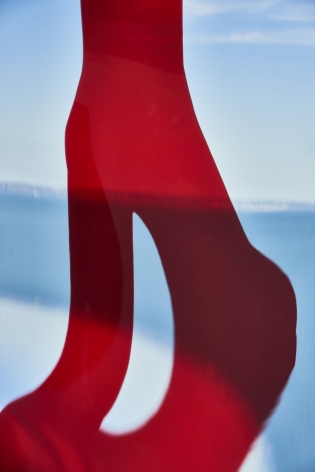 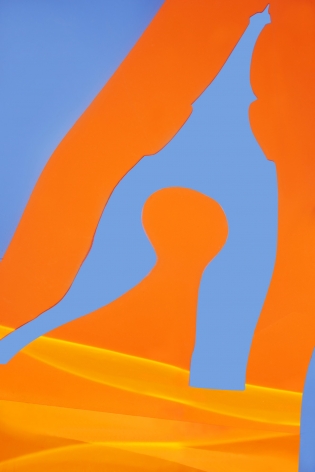 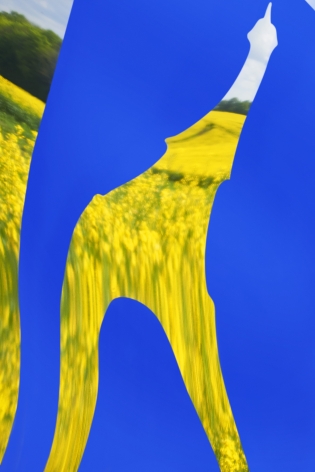 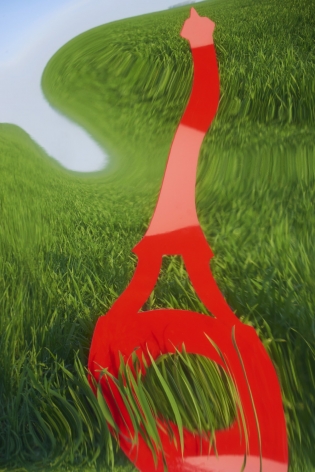 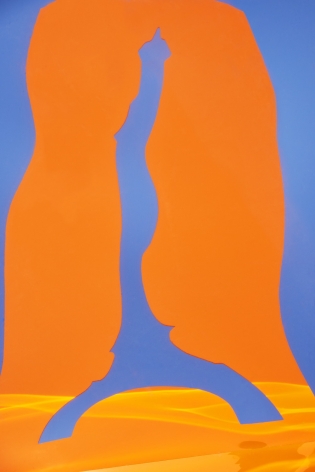 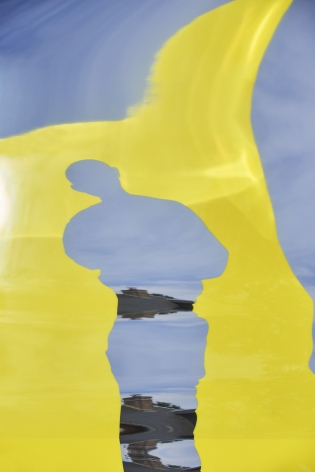 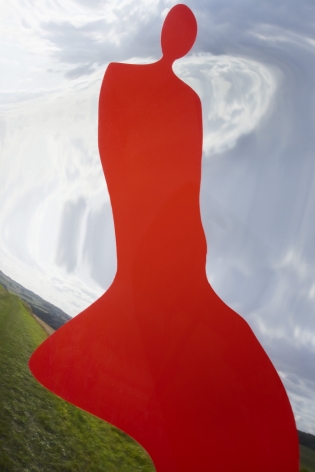 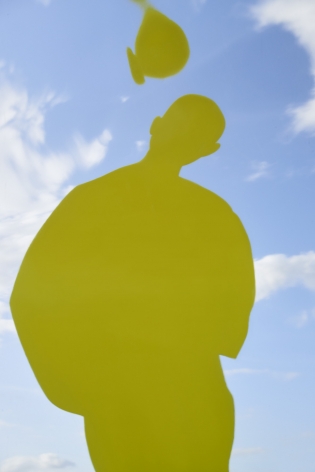 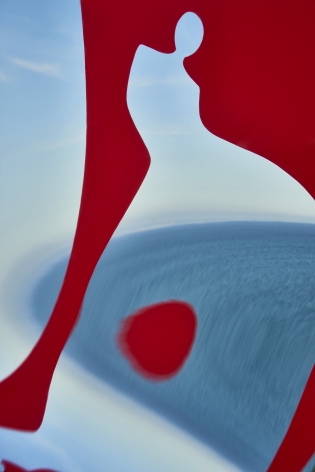 Since the early 90s, when the artist began her formative collaborations with cutting-edge British magazine I-D, Sophie Delaporte has remained dedicated to the “play” in photography and fashion in its most straightforward definition, emphasizing freedom and theatricality.
Today, with her specific touch of color and the grace of her poetic illusion, she evokes her concern about the fragility of our landscapes, exploring a new relationship between shapes and colors: suspended aerial silhouettes and chromatic improvisations  reveal a poetic abstraction.  The backgrounds, invariably united, plunge us into the vastness of the sky, or perhaps of the sea.  The very lively tones used by Delaporte and the strong contrasts on which she relies make her compositions very bright. Combining light blue, radiant yellow, intense purple and vibrant vermillion, Delaporte invents fluid landscapes and rhythms that allow a universe of  freshness and movement that resonate with Henri Matisse and his series of cut-outs.  There is no discontinuity between her approach to fashion and cut-outs,  just a new  allegorical language to express the fragile harmony of earth and the place of human beings in nature.

With an ever-refreshing perspective, Delaporte positions her work in the realm of surrealism, promising nothing but the surprise and delight of the imagination.
Sophie Delaporte, b. 1971, is living and working between Paris and New York.  The depth of color, staging, gestures and simple fun of her imagery evoke the world of storytelling.  Delaporte likes to imagine situations that do not exist, creating a photographic language where sweetness balances innocence and concerns.
Sophie Delaporte’s work is frequently featured in numerous books and publications such as Vogue Italy, Vogue Germany, Vogue Japan and independent magazines such as I-D Magazine. Sophie Delaporte studied photography and film at Ecole Nationale Supérieure Louis-Lumière.