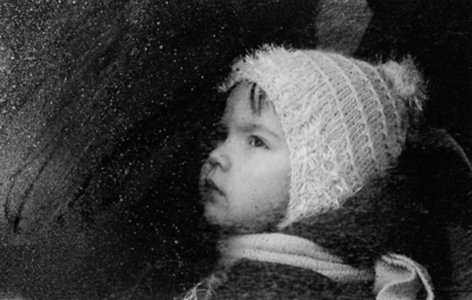 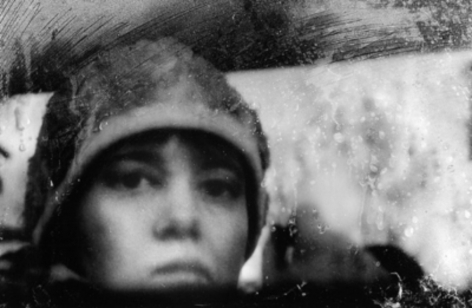 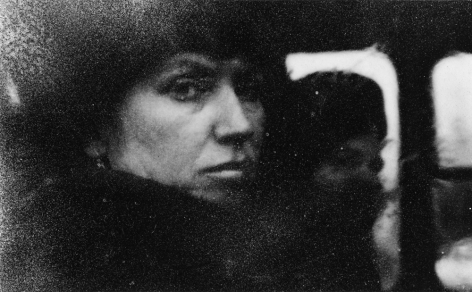 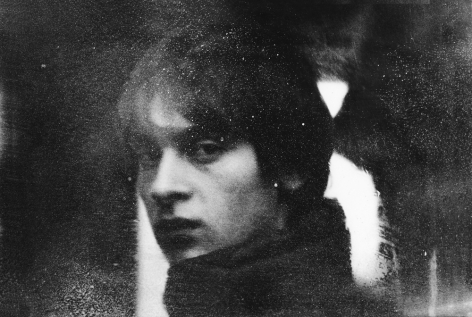 I took these pictures in Minsk, the city where I was raised.
It was the month of January.  There was mud with wet snow on the streets.  I was at the bus stop staring with fascination at the faces glued to the windows in the public transportation.  They looked at me in turn, or not.   The glass separated us, thus creating an illusion of disengagement.  The texture of the window itself with its history framed the face, taking it out from the real life context.  The stillness and detachment of a human look together with the surface of the glass was already an enigmatic picture to me, which I then captured on film.  -  Alexandra Catiere

Alexandra Catiere was born in Minsk, Belarus, in 1978.  In 2000, she moved to Moscow and became interested in photography.  She left in 2003 for New York and studied at the International Center of Photography (ICP).  In 2005, she joined the studio of Irving Penn, and was selected to be part of Art+Commerce's Festival of Emerging Photographers traveling exhibition.  Her photographs have appeared at the Centre national de l‘audiovisuel (CNA) in Luxembourg, DESCUBRIMIENTOS PhotoEspana 2006 in Madrid, the Brooklyn Public Library and ICP in New York, and at Space Fendi in Milan for an exhibition supported by Italian Vogue, among others.  In 2011 she was awarded the BMW residency organized in collaboration with the Nicéphore Niépce Museum.