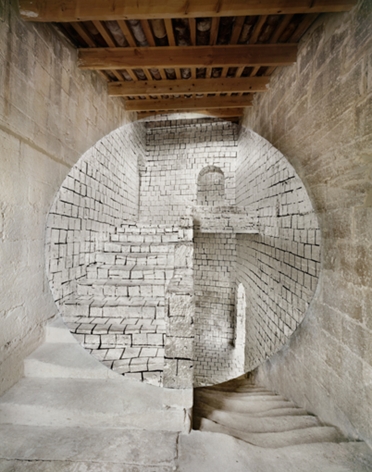 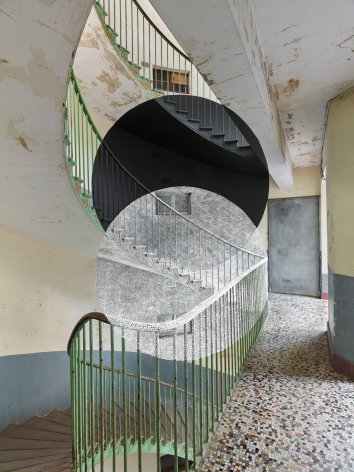 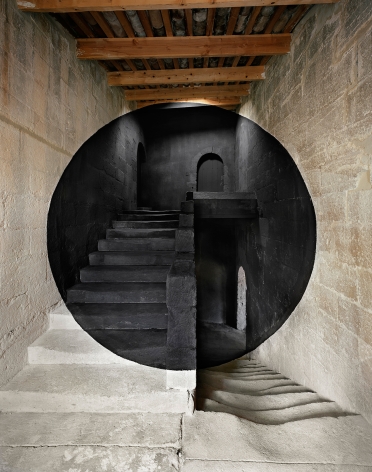 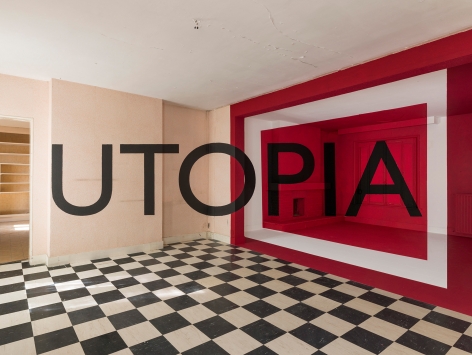 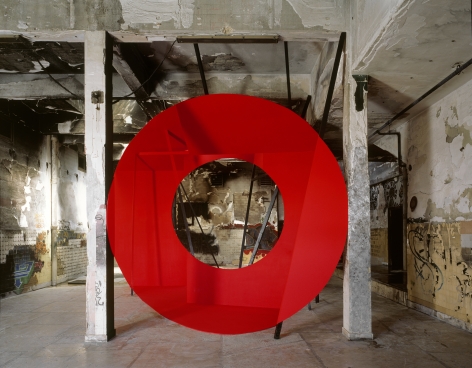 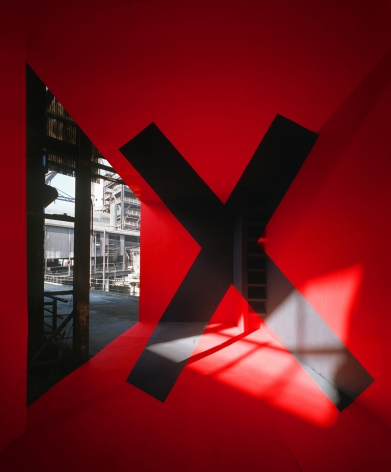 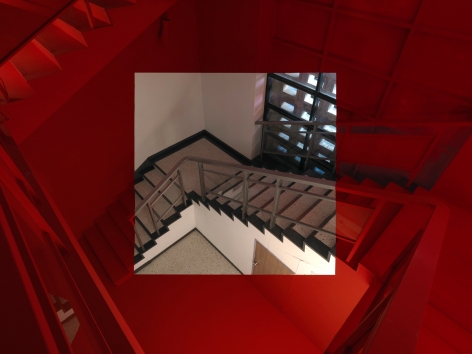 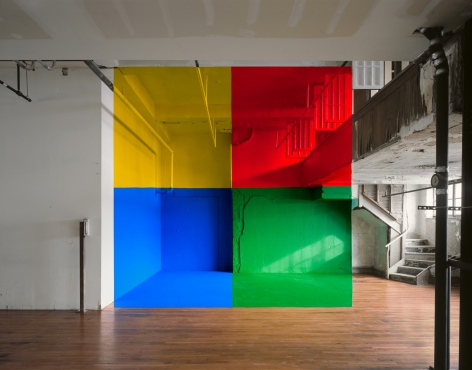 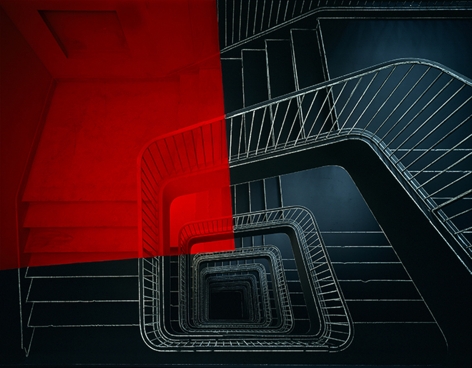 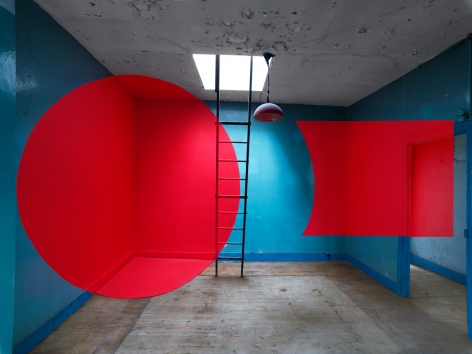 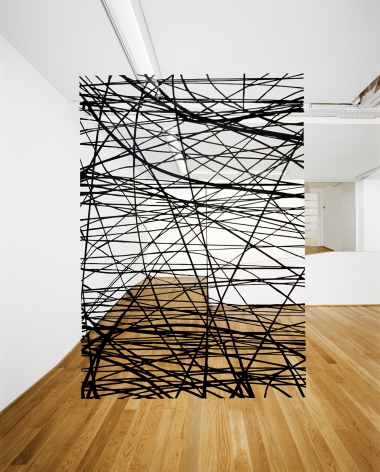 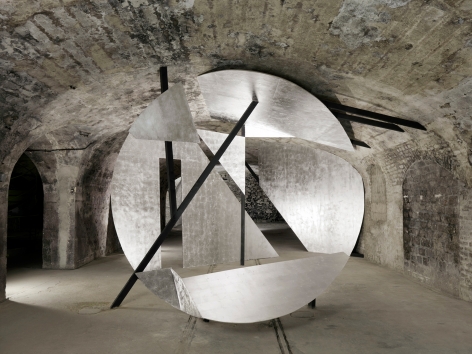 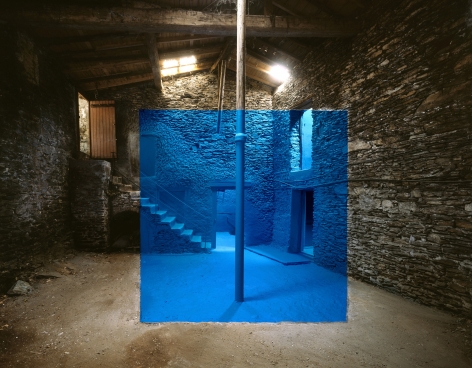 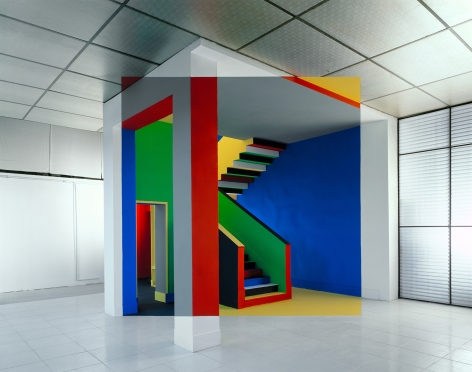 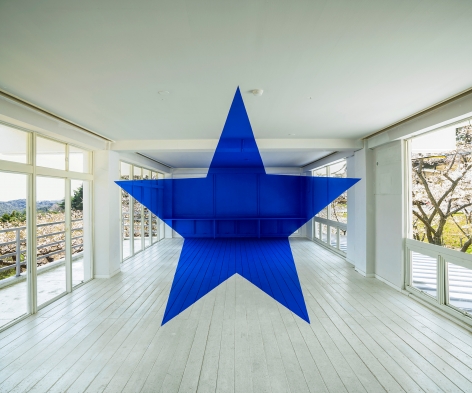 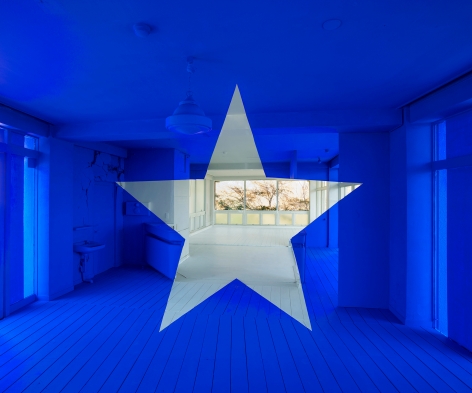 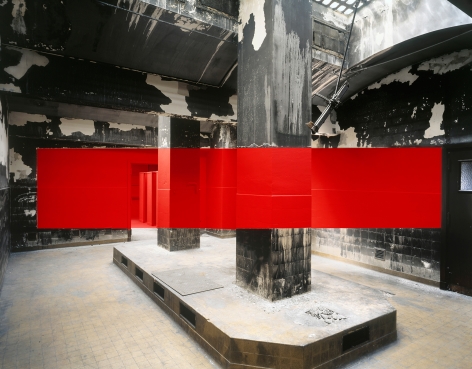 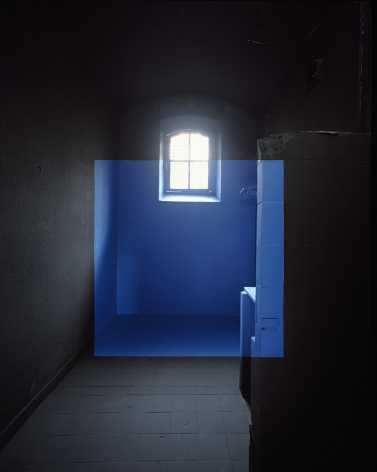 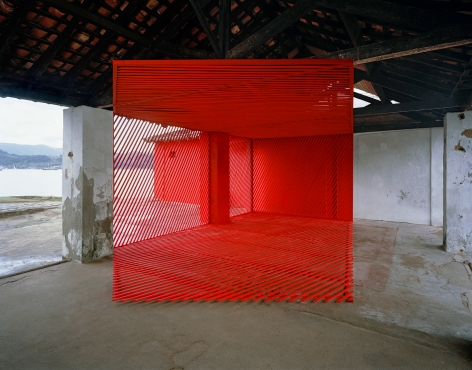 Sous Les Etoiles Gallery is pleased to announce "Éloge des Lieux" (In Praise of Spaces), Georges Rousse’s premiere exhibition with the gallery featuring work never before exhibited in the US.  This exhibition marks the first American solo show for the artist in over a decade.  An opening reception with the artist in attendance will be held on Thursday, September 17, 6–8pm, and a movie screening and artist talk is scheduled for Monday, September 21, 7pm.

French artist and photographer Georges Rousse, working at the intersections of painting, architecture and photography, has created his one-of-a-kind installations and photographs around the globe.  Using space as his raw material, Rousse converts abandoned locations into almost spiritual visions of color and shape, translating his intuitive, instinctual readings of space into masterful images of several “realities”: that of the actual space, abandoned or soon-to-be demolished; the artist’s imagined mise-en-scène; and the final photograph, or the reality flattened.

Here, the physical reality, like the derelict spaces in which the artist’s actual marks are made, is temporary.  The final—and only lasting—image is the product of the camera shutter from one and only one vantage point.  The resulting optical illusion is no mere trompe-l’oeil, but rather an otherworldly visual—ephemeral and, above all, unforgettable.

Georges Rousse, b. 1947, quickly made his mark on the contemporary art world following his first exhibition in 1981 at the Galerie de France in Paris, receiving such prestigious awards as the International Center of Photography Award in 1988 and the National Grand Prix of Photography in 1993.  His work has been shown in numerous biennials (Paris, Venice, Sydney) and has been exhibited in the Grand Palais (Paris), Hirshhorn Museum (Washington, D.C.), Haggerty Museum (WI), House of Culture (La Paz, Honduras), Sivori Museum (Buenos Aires), and National Art Museum of China, among hundreds of others, and can be found in the collections of the Louvre Museum (Paris), Brooklyn Museum (NY), National Museum of Modern Art (Paris), Museum of Modern Art (Vienna), LaSalle Bank Photography Collection (Chicago), Guggenheim Museum (NY), and Deutsche Bank Collection, among several others.

In 2008, Georges Rousse succeeded Sol LeWitt as an associate member of the Belgian Royal Academy. 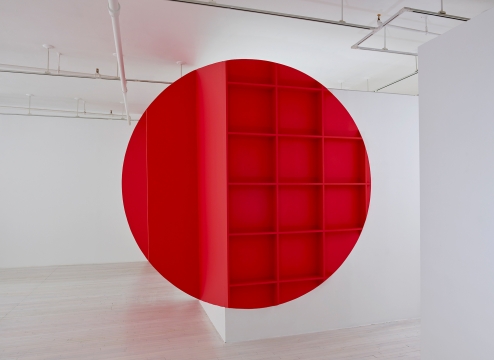