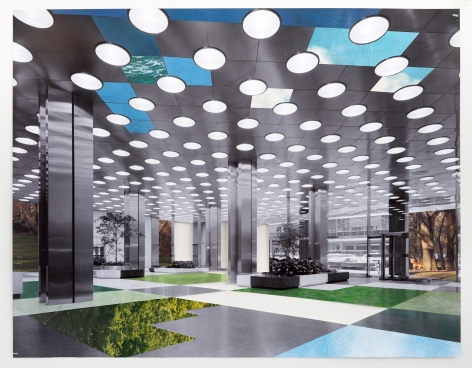 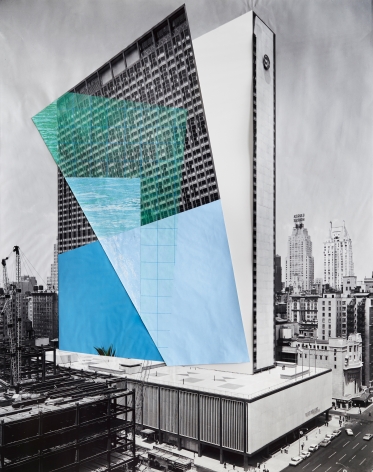 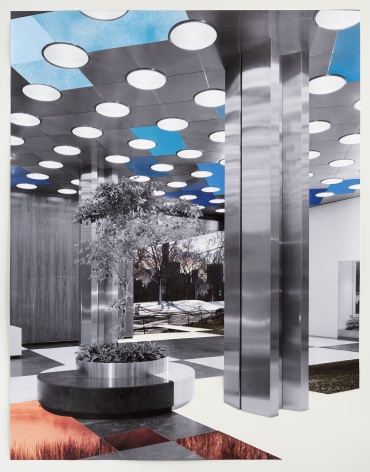 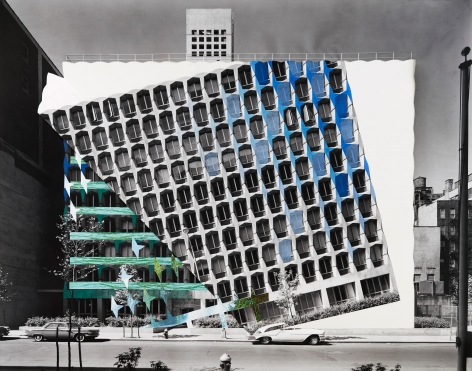 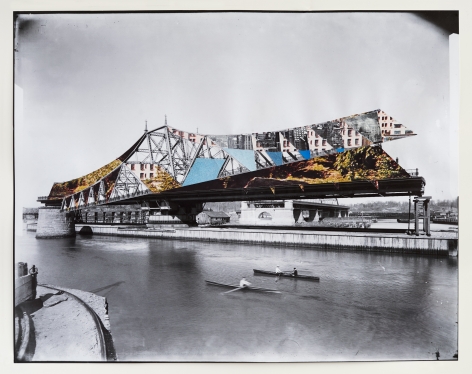 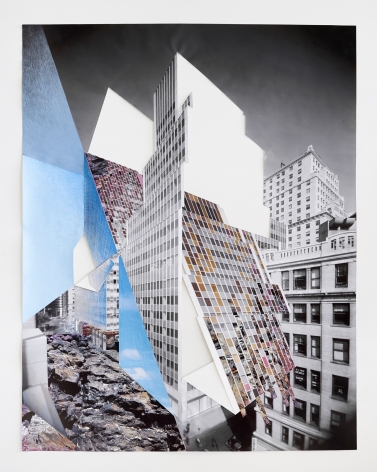 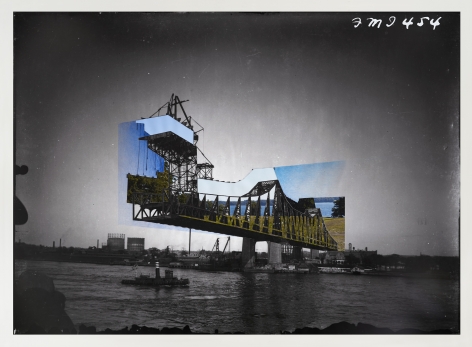 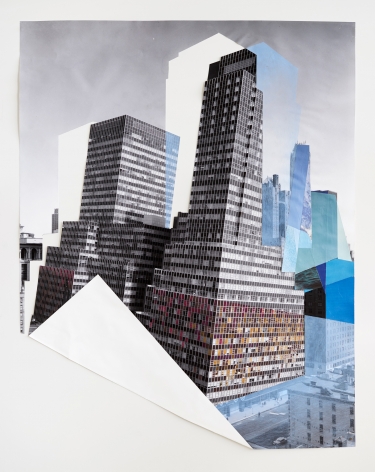 Sous Les Etoiles Gallery is pleased to present emerging artist and photographer Julie Boserup’s premiere exhibition with the gallery, “Misleading Perspectives,” on view September 15 through November 26, 2016.  An opening reception with the artist will be held on Thursday, September 15, 6-8pm, and an artist talk with Sean Corcoran, Curator of Prints and Photographs at the Museum of the City of New York, is scheduled the following Monday, September 19, at 7pm.

This collection of new work was commissioned by Sous Les Etoiles Gallery, and is the first-ever artist commission by the gallery.  The exhibition was also made possible with the support and assistance of the Museum of the City of New York, whose famed Wurts Brothers Collection served as the initial structure for Boserup’s unique series of large-scale collages.

Inspired by the Wurts Bros.’s novel technique of aligning ground level shots of skyscrapers with images taken from the upper levels of a nearby building, Boserup adds found images, drawing, geological images and her own photographs shot in the streets of New York to an enlarged digital print from the archive.  Whereas Lionel Wurts chose his technique of combined images to compensate for the misleading perspective of the bystander’s view, Boserup crafts new visions of the historical document in order to add layers of meaning, mingling both the familiar and fantastical.  In Lobby I,  Boserup has thoughtfully arranged autumnal-toned lake views and sky-blue blocks of color within the sleek, modernist interior of the 1961 First National City Bank Building.  Between the lobby’s silvery steel columns and marbled floors, beautifully illustrating the Wurts’ practice of using large glass plate negatives, Boserup also interjects a recent shot of snowy Central Park, offering a new perspective on historical and architectural archives and the information contained therein, and the cyclical nature of time.

She writes, “As commercial photography, these images underline the dream and vision of the building.  But at the same time, when you see the amount of images that look alike, you get the feeling of how ‘skyscrapers are at once exceptional and deeply normative. Stunning and plain.’ *  As an artist working with collages, I find it very interesting as an early example of how you can manipulate the motive and squeeze more information into the image than what you can actually see in the viewfinder.  How can we stand on the street and be in the sky at the same time? How can we see the detail and keep the overview at once?”

The NYC-specific series also features early 20th century documentation of the unfinished Queensboro Bridge, culled from the archives of the New-York Historical Society.

Danish artist Julie Boserup’s unorthodox use of the photographic image has made her an exciting new addition to the contemporary photographic scene. Making use of various image sources such as travel guides, CCTV footage and her own photographs, Boserup, b. 1976, operates on a low-tech threshold between collage and drawing, and digital and analog techniques.  Her first major museum exhibition at the National Museum of Photography in Copenhagen is currently on view through February 2017.  In this exhibition, she presents a large series of collages based on archival photographs from Denmark’s Royal Library.

Since graduating from London’s Chelsea College of Art in 2002, Julie Boserup has exhibited extensively throughout Denmark, received the Else and Henning Jensens Painting Award in 2011 and 2013, and was presented a special Talent development award from the Danish Arts Foundation in 2005.  She currently lives and works in Copenhagen.

* Philip Nobel, The Future of the Skyscraper, 2015