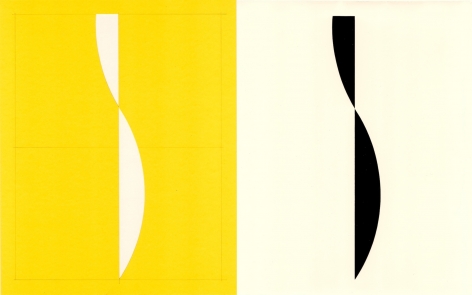 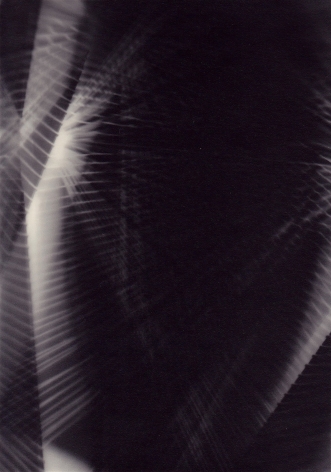 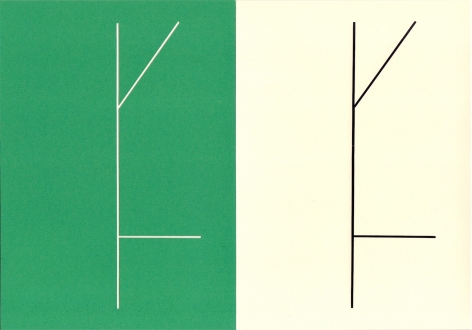 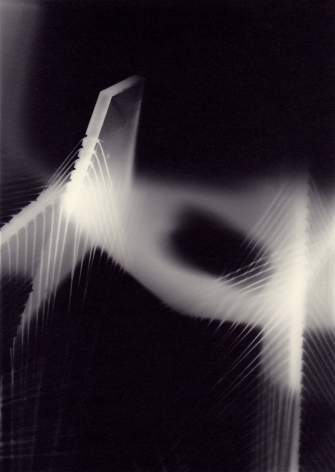 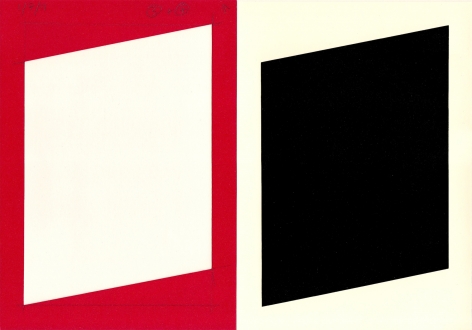 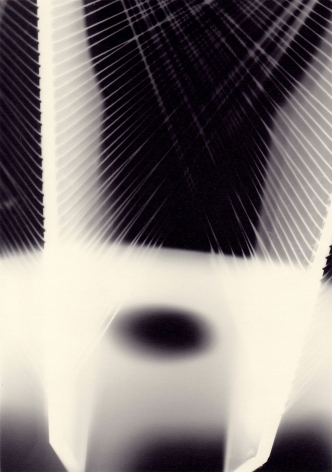 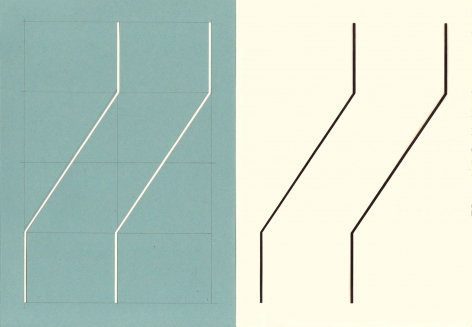 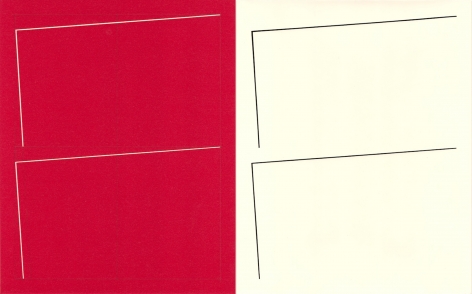 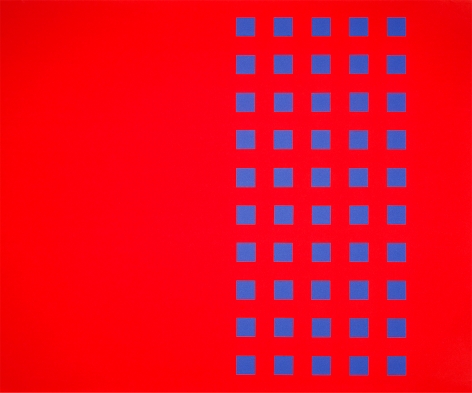 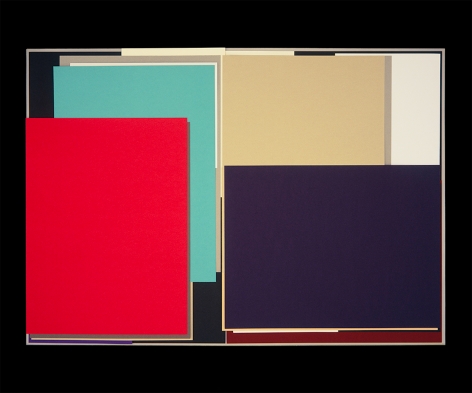 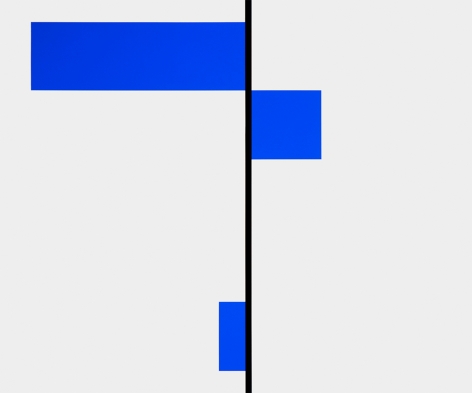 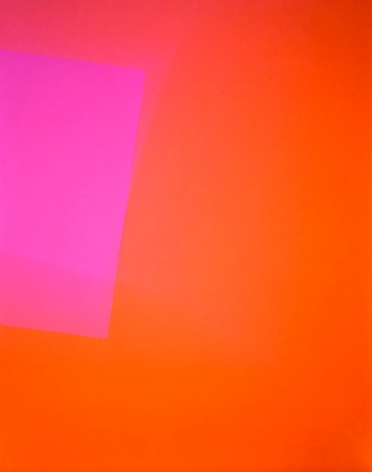 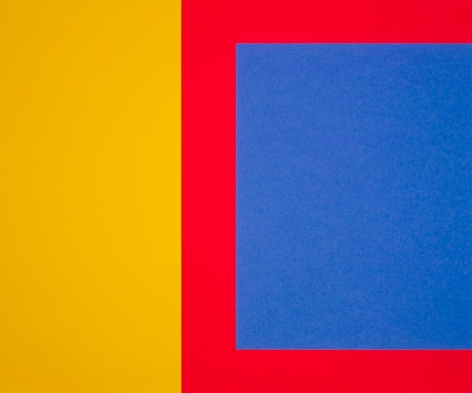 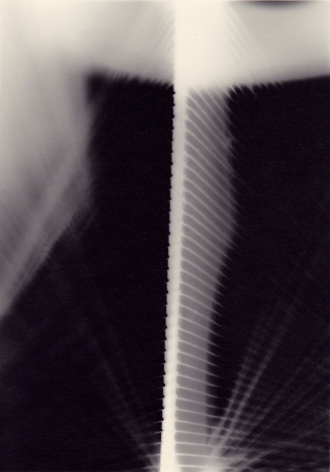 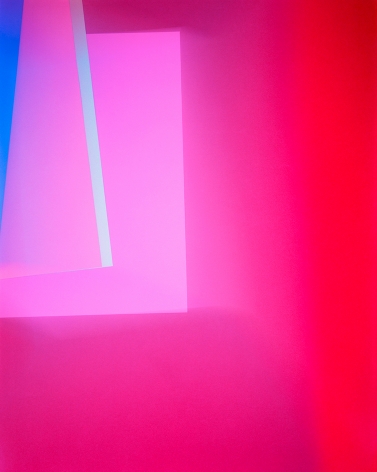 Sous Les Etoiles Gallery is pleased to present "Recent Work 2010–2013" by British photographer Richard Caldicott.  For the first time in exhibition are Caldicott’s 2013 photogram and paper negatives.  In conjunction with the exhibition, a catalogue published by the gallery with texts by Derek Horton and Lyle Rexer will be available.

Since the artist’s acclaimed series featuring Tupperware in the 1990s, Richard Caldicott has continually challenged photographic codes of representation in favor of new aesthetic and symbolic intentions.  Employing traditional analog photography methods, Caldicott imbues his minimalist set of components with rich, vibrant color.  The result is stunningly beautiful abstract work that is both self-contained and part of a larger dialogue, with nods to iconic minimalism, Color Field paintings, and pop reappropriation.

Through subtle play of reorganisation and repetition, Caldicott has continued to explore use of geometric, structured composition and line, orienting his recent work into an almost conceptual performance of refinement, and ultimately creating a taxonomy of lines that redefine a sense of space, trajectory and movement.  Here, lines are the traces of a vital force: photographic illustrations of the artist’s creative course.

As writer and critic Lyle Rexer notes in the forthcoming catalogue, “His most recent works, especially the extended series of photograms and their ‘negatives,’ have revealed that Caldicott’s interest has less to do with what a photograph is or even how it is made than what it does to us, and the ways we support a set of expectations about signification....The result is several wonderfully musical series of theme and variations.”  Writer Derek Horton adds: “Caldicott’s art is lucid, cool and unblinking, quietly objective in its structure and clarity.  Nothing in these works is superfluous.” 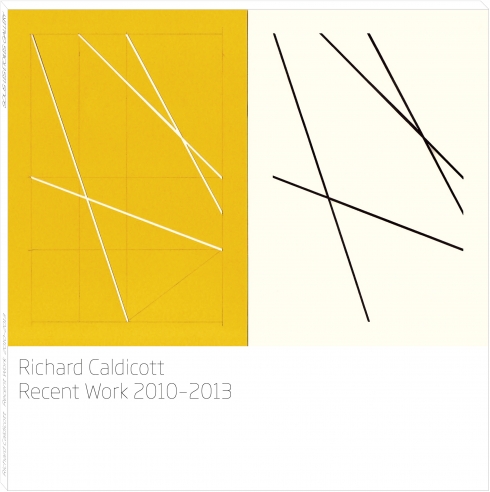