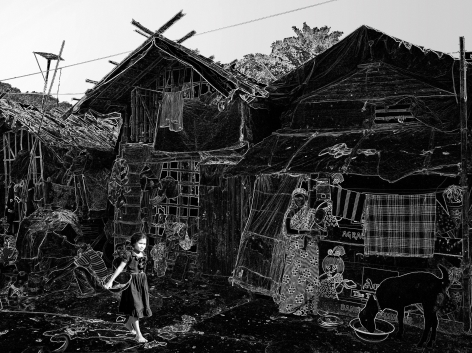 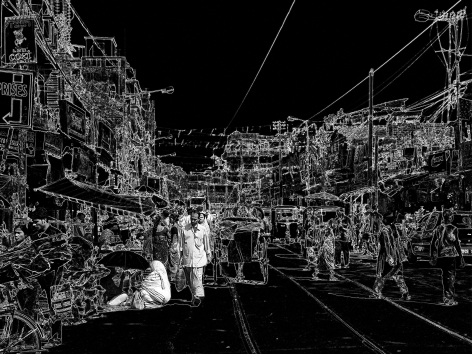 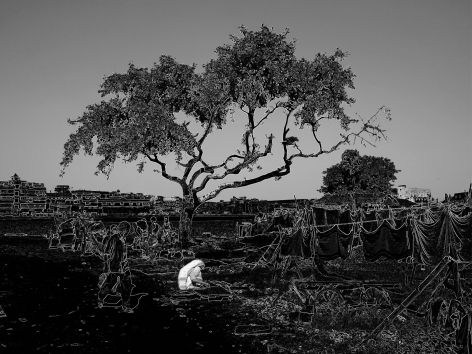 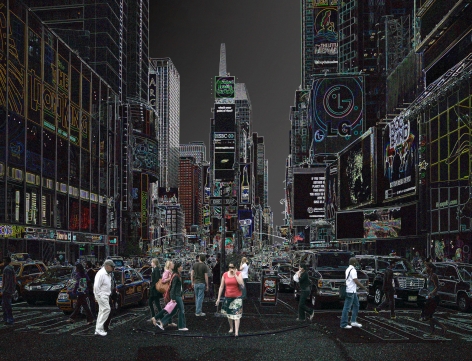 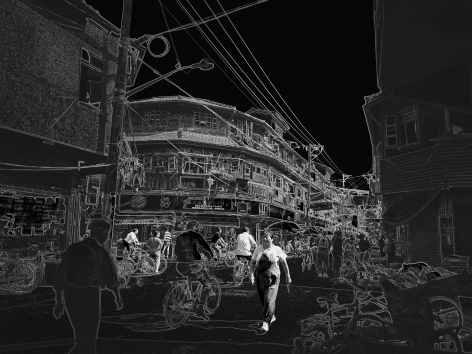 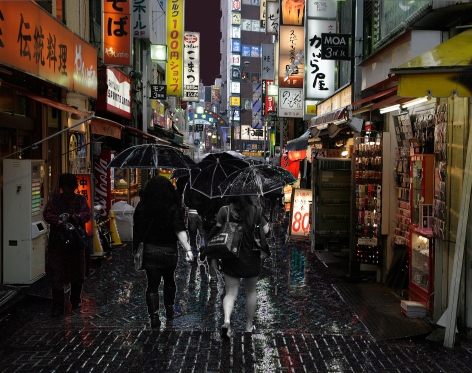 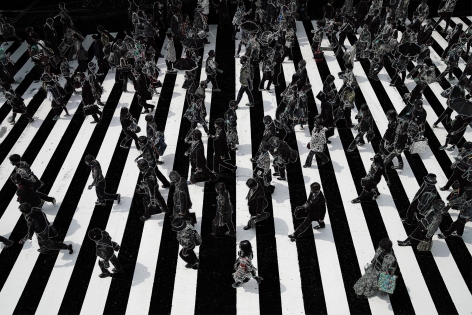 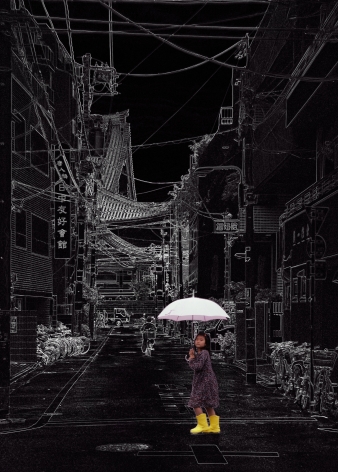 The travels of Wolfram Ruoff are always very intense with long walks across cities, each time leading to new and different sensations.  Ruoff absorbs these new locations to capture their most intimate contours.  The mood of a city is a complex story.

"I think in shapes and lines.  I try to understand the people while I am analyzing the interaction between them, the function and effect on them by architecture," says the photographer.  “There is something that attracts me very intensely….It's like a physical thrill, something which takes me in its grip."

Wolfram Ruoff, previously an architect, works with an abstraction of 2D imagery, expressing light and depth with the straightness of a technical line.  Used as a citation of form, the lines in his photographs strengthen the frames.  Specific post-processing of the photographs shifts the viewers’ focus to emphasized details and a temporal compression of space, causing the past to become the present.  Transforming the city into a space of pictures, the images gain density to build a new reference.

As a Munich native Wolfram Ruoff began his professional career as a instructor at the Workshop Union.  He later received a degree in Architecture from the Technical University of Munich, which led him to open an Independent Architecture and Photography Practice in 1993.