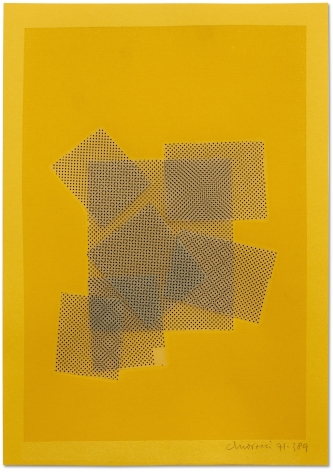 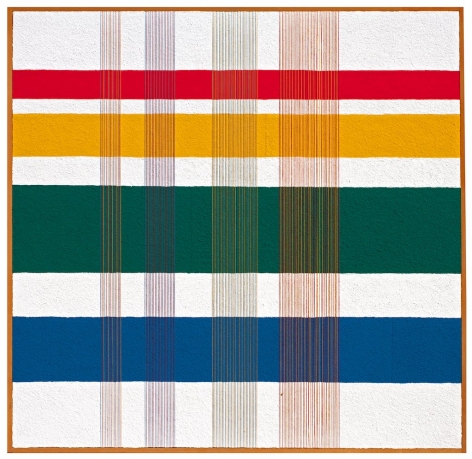 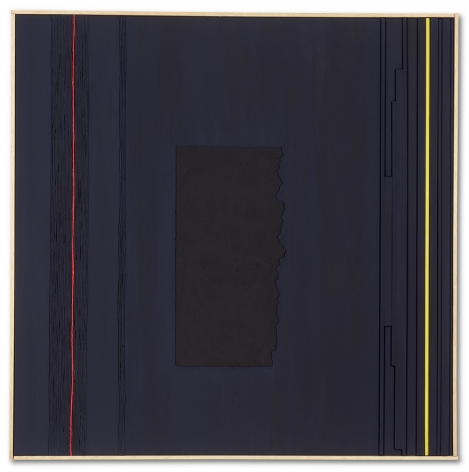 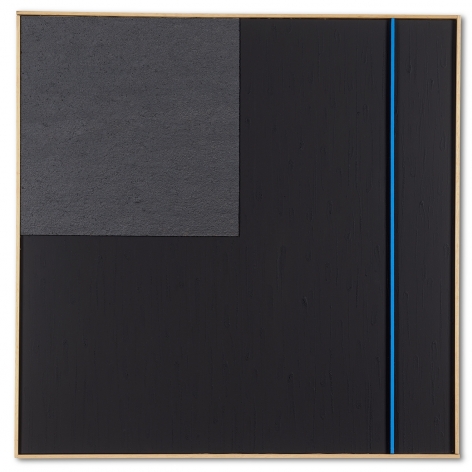 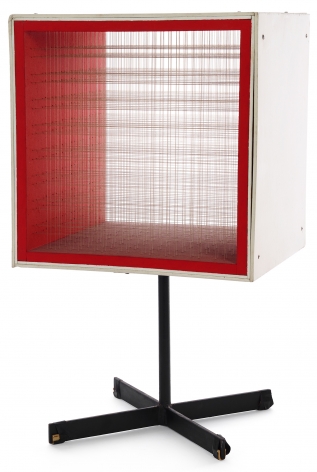 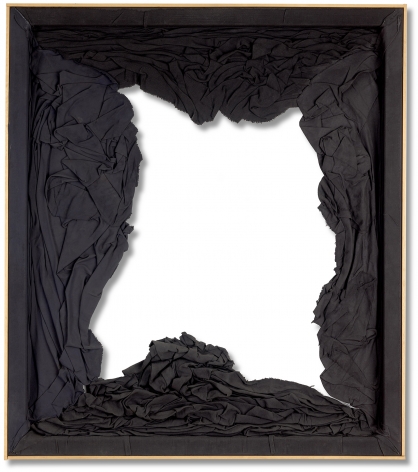 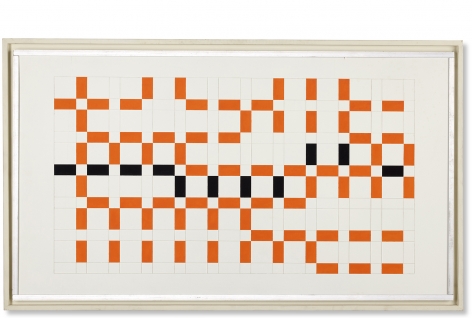 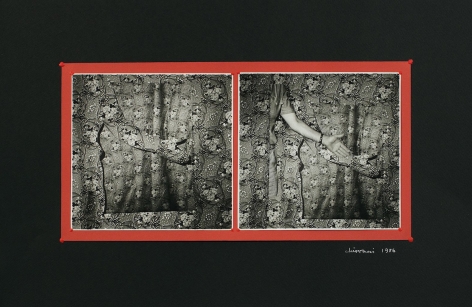 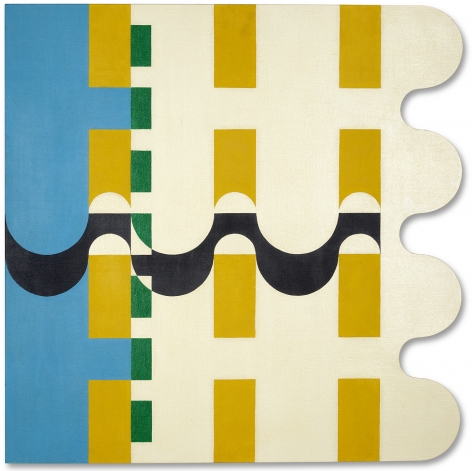 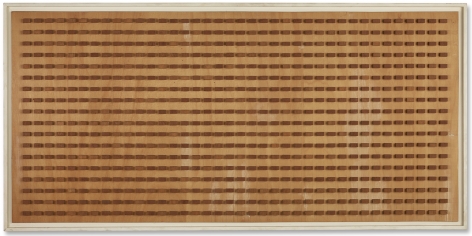 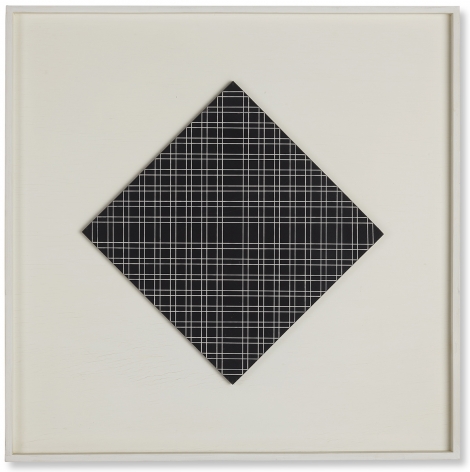 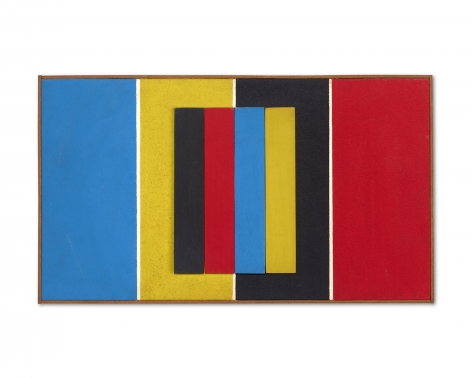 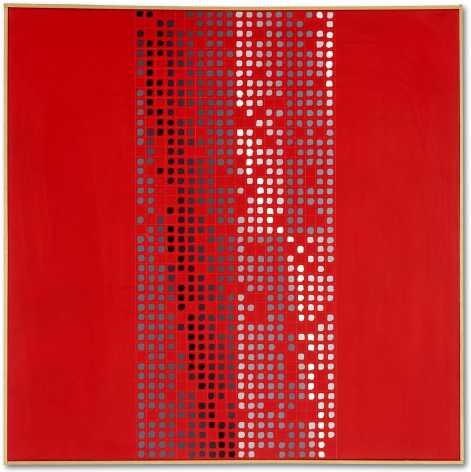 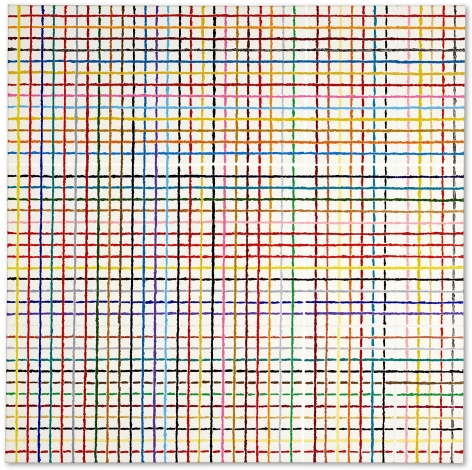 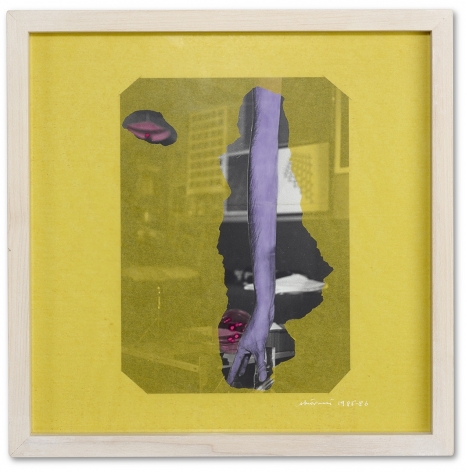 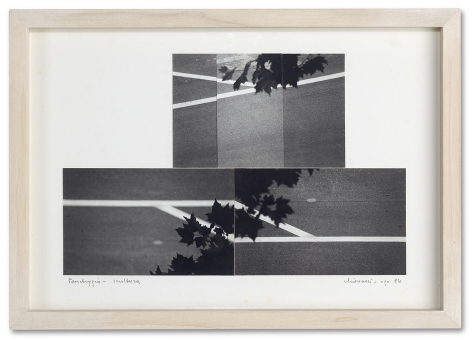 Sous Les Etoiles Gallery is pleased to announce, “Works 1957-2005” the first survey exhibition in the United States of the Italian artist Gianfranco Chiavacci (1936-2011). Tirelessly inventive and driven by an insatiable curiosity, Gianfranco Chiavacci developed, over the course of his fifty-year-long career, a poetically experimental artistry that deviated from the conventional rules of creation. By intersecting the experiences of the binary language with the expression of abstract art, Chiavacci has demonstrated a pioneer vision seeking to decode this language by applying it in his paintings, photographs, drawings and sculptures.

In his paintings, Chiavacci explores the experimentation of the binary logic starting with piece GF0005 in 1963. The idea of two-dimensionality is examined and occasionally extended within three-dimensional space, such as in piece GF0572 (1984) where the occurrences of three-dimensionality find their dissolution. Moreover, the juxtaposition of materials, threads and colors, all of them primary, despite the diversity of their function, have the same importance. These elements taken separately or in their entirety coexist according to pre-determinated rules and arithmetic equations. Each work appears as a programmed experience.  To this point for example, in 1964, his red machine-like sculpture, GF0220 (1964) is an exceptional sculpture that anticipated the vision of the network and the creation of computer language’s accessibility. Three years after, the artist built his first analytical machine, GF0076, ten years prior to the creation of personal computers.

A self-taught and innovative Tuscan artist, Gianfranco Chiavacci was born in 1936 in Pistoia, near Florence, where he lived and worked for all his life. Surrounded by exceptional artistic circles around Milan and Florence such as Fiamma Vigo’s Galleria Numero, notorious for its unmatched flavor for the avant-garde and kinetic, abstract and geometric art, Chiavacci began his career as a painter in the 1950’s.

In 1962, after taking a programming course on IBM’s first computers, this new form of language sparked Chiavacci’s curiosity.

With aspects of optical and kinetic art, he began by making two and three-dimensional paintings experimenting with different materials creating geometric figures and forms, all while never using the computer, only the binary logic that is inherent to it.  This discovery of the binary language, drove him to experiment and develop an almost obsessive aesthetic in his work. Chiavacci was also absorbed in the middle of two important Italian movements of the 1960s, Arte Programmata (2) and Arte Povera, which inspired him to create a style of his own.

In the 1970s, Chiavacci began to use photography as a tool of investigation of his binary experimentation. By separating himself from the common use of the camera, he researched, recorded and repeated the movements of objects in space and time. Using compositions, photograms, solarization, three-dimensional sculptures, color slides and most importantly, light and effects, he developed his most extensive series Ricerce Fotografice (Photographic Research), a body of work representing the purest form of abstraction. In 1971, Chiavacci used the camera to develop a series that reflects the movement and detection of light in the viewfinder. In “Translations, Rotations, Blurs” (1971) Chiavacci used the movements of simple objects such as cardboard to create a variety of movements in space and time.

Throughout all of his series, like his “Cibachrome” series from 1973, also known as Ilfoflex, and his self-portraits and photo montages, Chiavacci never ceased to integrate his passion for the binary. Whether it was during a family vacation or daily life, Chiavacci’s use of complementary colors or the use of negative and positive space show the viewer that he was constantly in search of new two-dimensional opportunities.

Chiavacci’s work has been exhibited in solo and group exhibitions around Italy since 1967. In 2015, a joint exhibition with French artist François Morellet, founding member of op-kinetic art research group G.R.A.V., titled Chiavacci | Morellet, rigorosi, rigolards…was conceived as a dialogue between these two polymorphic artists. 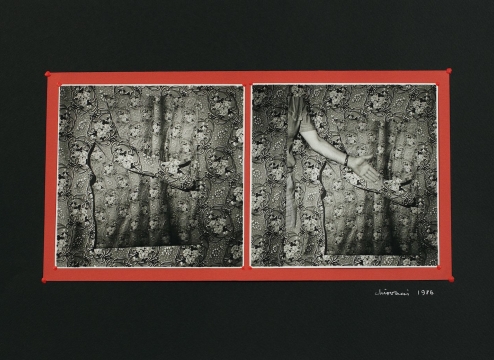 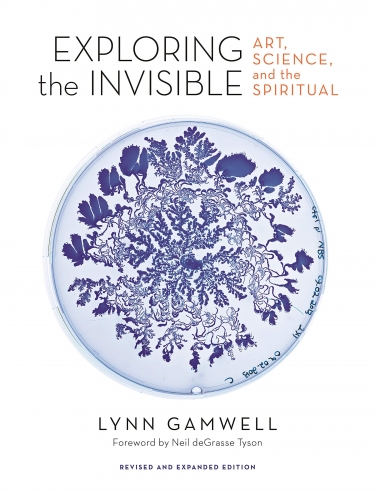 Exploring The Invisible
Art, Science and the Spiritual